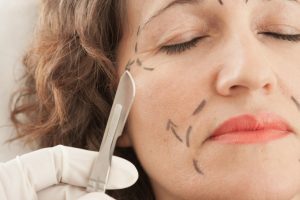 There are numerous reasons to consult a plastic surgeon, but some are more common than others. Plastic surgery isn’t something to take lightly, and no two people’s stories are exactly the same.

Whether you’ve been considering cosmetic surgery yourself or simply want to know why people elect to have these procedures done, here are a few of the most common reasons people give.

Breast Augmentation
Breasts often sag and lose volume with age. It’s certainly not an abnormal process, but it makes many of those people who experience it uncomfortable. Breast lifts can help correct stretching and sagging, making breasts appear firmer and more youthful. In addition, some people choose to make their breasts bigger to enhance their appearance, or to make them smaller in an effort to reduce back issues.

Facial or Body Contouring
Implants can change the contour of the face and other parts of the body. Recently, surgeons have seen a near 56% increase in those patients asking for cheek improvement. Other common implant procedures are frequently performed on the jaw, chin, and buttocks.

Reduce Signs of Aging
People frequently joke about getting facelifts, but truthfully, they are among the most common procedures performed in plastic surgery. A facelift can help reduce the appearance of sagging skin, as well as definition around the jaw and neck area.

Removing Excess Body Fat
Unfortunately, traditional weight loss isn’t always enough to rid a body of excess fat. In these cases, many people turn to fat removal procedures. These can be done on the belly, buttocks, thighs, cheeks, hips, ankles, knees, upper arms and neck. Tummy tucks, for example, include removing fat and skin from the belly.

Removing Excess Skin
While a tummy tuck covers removal of fat and skin, some people simply elect to have excess skin removed after weight loss. Removing excess skin and reshaping the supportive tissue beneath it can help create a much smoother appearance.

Plastic surgery is certainly something to put a lot of thought behind. However, with an experienced surgeon and with good intentions, it’s safe to say you’ll definitely be pleased with the results.

What Our Patients Say

Dr. Salameh is committed to excellence, attentive to detail, and devoted to patient outcome. He is the epitome of professional.

Dr Salameh and his entire staff are amazing. He and his staff go above and beyond to make sure you are taken care of.

by LJB on Salameh Plastic Surgery

Lets just say I am so happy with my results. Excellent experience with staff and surgeon. Dr. Salameh knowing what I needed and accomplishing it. So happy you have come to Bowling Green! Yes I would recommend Dr. Salameh to anyone!!! Again, love the results I have achieved and knowing its only going to get better!! Thank you Dr. Salameh and Staff!!!!

by T.S. on Salameh Plastic Surgery

I am glad I had the surgery done and I am very happy I chose you to be my surgeon.

by A.K. on Salameh Plastic Surgery

I was very afraid to look unnatural but I couldn’t be any happier!

I am so thankful that I have the Best Doctor!!!

have been referring you to lots of people! Telling them how great you are!!

It was such a great experience!! Looking forward to see the new me soon!!

by M.A. on Salameh Plastic Surgery

Thank you for taking such great care of me! I am so happy with how everything turned, and I love how I look! Thank you!!

by A.R. on Salameh Plastic Surgery